This book includes a new, annotated translation by Plaut, Gabrielle Edgcomb, and Kevin B. Anderson of Marx’s 1846 essay/translation on suicide, which concentrated on young Parisian women who had committed suicide due to gender or familial oppression, edited by Eric A. Plaut and Kevin B. Anderson.  At one point, for example, Marx writes that the bourgeois revolutions of the eighteenth century were incomplete because they did not end familial oppression.  The volume also includes separate introductions by Plaut and me, and additional background material in German and French. My introduction to the volume, “Marx on Suicide in the Context of His Other Writings on Alienation and Gender” (pp. 3-28), looks at Marx’s changing views on gender, before and after this treatment on his part of female suicide and social conditions in nineteenth century Paris. 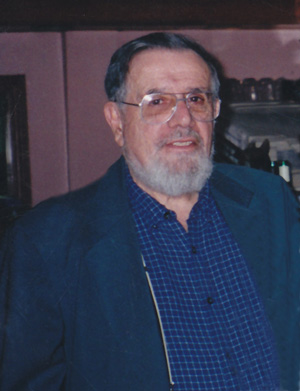 Marx on Suicide in the Context of Other Views of Suicide and of His Life / Eric A. Plaut

“This essay, expertly retranslated and intelligently introduced, confirms how far Marx’s interests ranged beyond the problems of the proletariat and sheds new light on the young Marx.”

– Louis Dupré, Yale University, author of The Enlightenment and the Intellectual Foundations of Modern Culture

“This unknown fragment of early Marx provides occasion for three engaging contributions; an introduction to Peuchet’s pioneering text on suicide; provocative glosses on issues of self-destructiveness in Marx’s biography; and a knowing recovery of Marx’s views on gender and the family.”

– Donald N. Levine, University of Chicago, author of Visions of the Sociological Tradition

“This small and almost forgotten article by Marx is a precious contribution to a richer understanding of the evils of modern bourgeois society, of the suffering that its patriarchal family structure inflicts on women, and of the broad and universal scope of socialism.”

– Michael Löwy, CNRS, Paris and author of The Theory of Revolution in the Young Marx

“Of particular interest is Anderson’s point that Marx and Peuchet chose to focus on a form of suicide that Durkheim regarded as relatively unimportant, but which afflicts women disproportionately.  This is the ‘fatalistic’ form of suicide which Durkheim says derives from ‘excessive regulation’ and which involves ‘persons with futures pitilessly blocked and passions violently choked by oppressive discipline’.”

“In accordance with his humanist… sentiments, the emphasis here is on the extent to which capitalist social relations mean suffering not just economically, for the proletariat, but also spiritually and morally for all members of society.”

‘After 11 September, you can’t travel with books like this, said the arresting officer’

I was arrested at Munich airport at 7am yesterday. After one day of interviews and book signings and two days spent at a Goethe Institute seminar on “Islam and the Crisis”, I was desperate for a cup of coffee. I checked in and soon my hand luggage was wending its way through the security machine.

No metal objects were detected, but they insisted on dumping the contents of my bag onto a table. Newspapers, dirty underpants, shirts, magazines and books tumbled out in full view. Since news always reaches Germany a day after it has appeared in the US press, I thought the locals might be looking for envelopes containing powder in ignorance of FBI and CIA briefings that Osama bin Laden and Iraq were considered unlikely to be involved in the anthrax scare.There were no envelopes in my bag.

The machine-minder brushed aside the copies of the Sued-deutsche Zeitung (SDZ), the International Herald Tribune and Le Monde Diplomatique. He appeared to be very interested in The Times Literary Supplement and was inspecting my scribbled notes on the margin of a particular book review when his eyes fell on a slim volume in German that had been handed to me by a local publisher. Since there had been no time to flick through the volume, it was still wrapped in cellophane. He grasped the text eagerly and then, in a state of some excitement, rushed it over to the armed policeman.

The offending book was an essay by Karl Marx, On Suicide. It was the reference to suicide that had got the policemen really excited. They barely registered the author, though when they did real panic set in and there were agitated exchanges. The way they began to watch me was an indication of their state of mind. They really thought they had got someone. My passport and boarding card were taken from me, I was rudely instructed to re-pack my bag, minus the crucial “evidence” (the SDZ, the TLS and the offending text by Marx), and I was escorted out of the departure area and taken to the police headquarters at the airport.

On the way there the arresting officer gave me a triumphant smile. “After 11 September, you can’t travel with books like this,” he said. “In that case,” I replied, “perhaps you should stop publishing them in Germany, or, better still, burn them in public view.”

Inside headquarters, another officer informed me that it was unlikely I’d be boarding the BA flight and they would make inquiries about later departures. At this point my patience evaporated and I demanded to use a phone. “Who do you want to ring?” he said. “The Mayor of Munich,” I replied. “His name is Christian Ude. He interviewed me about my books and the present crisis on Friday evening at Hugendubel’s bookshop. I wish to inform him of what is taking place.”

The police officer disappeared. A few minutes later another officer (this one sported a beard) appeared and beckoned me to follow him. He escorted me to the flight, which had virtually finished boarding. We did not exchange words. On the plane a German fellow passenger came and expressed his dismay at the police behaviour. He told me how the policeman who had detained me had returned to boast to other passengers of how his vigilance had led to my arrest.

It was a trivial enough episode, but indicative of the mood of the Social Democrat-Green alliance that rules Germany today. It is almost as if many of those who are in power are trying desperately to exorcise their own pasts. While Chancellor Gerhard Schröder was in Pakistan insisting that there could be no pause in the bombing and that the war of attrition would continue, his Minister for the Interior, Otto Schily, was busy masterminding the new security laws, which threaten traditional civil liberties.

Mr Schily, once a radical lawyer and a friend of the generation of 1968, first acquired public notoriety when he became the defence lawyer for the Baader-Meinhof gang, an urban terrorist network active in the Seventies. It was said at the time that he also supported their activities.

In 1980, Mr Schily joined the Greens and was their key spokesman in the fight against the stationing of Cruise and Pershing missiles in Germany. In 1989, he moved further by joining the Social Democrats. Today he is busy justifying extra powers for the police and instilling a sense of “realism” in his Green coalition partners.

One of the “realist” proposals being discussed is granting jurisdiction to the Federal Office for the Protection of the Constitution (the German equivalent of the FBI) so that it has the right to spy on individuals it suspects of working against the “causes of international understanding or the peaceful coexistence of nations”. And since – in the debased coinage of the present – “peaceful coexistence of nations” includes waging war against some of them, I suppose that my experience was a dress rehearsal for what is yet to come. It was a tiny enough scratch, but, if untreated, these can lead to gangrene. 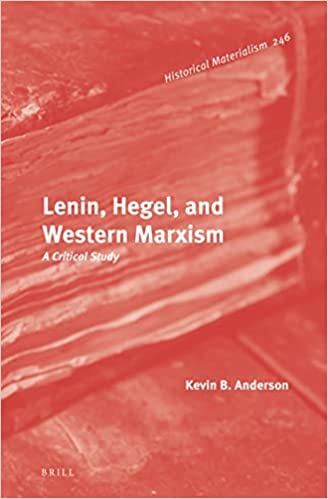