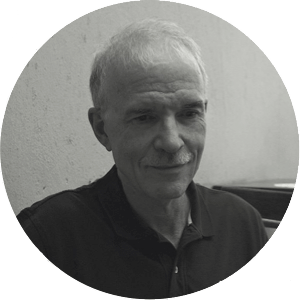 Kevin B. Anderson is Distinguished Professor of Sociology at the University of California, Santa Barbara, with courtesy appointments in Feminist Studies and Political Science. He is the author of Lenin, Hegel, and Western Marxism (1995), Foucault and the Iranian Revolution (with Janet Afary, 2005), and Marx at the Margins (2010/2016). Among his edited volumes are the Rosa Luxemburg Reader (with Peter Hudis, 2004) and the Dunayevskaya-Marcuse-Fromm Correspondence (with Russell Rockwell, 2012).  He writes regularly for New Politics, The International Marxist-Humanist, and Jacobin on Marxism and on international politics and radical movements in Africa, Europe, and the Middle East.

This article will appear in Dissent’s Winter 2023 issue, out in January, and was published online on Dec. [...]
Read More

Woman, Life, Freedom: The Origins of the Uprising in Iran

By Janet Afary, Kevin B, Anderson

The massive protests in Iran, fueled by the audacity of young women and children, are rooted in over [...]
Read More

Tunisia: End of the Democratic Republic Established by the 2011 Revolution

The January 2022 death at age 96 of philosopher Louis Dupré constitutes a real loss to Marxist and [...]
Read More

Lessons from Marx’s Classic Work, Critique of the Gotha Program, as Seen in Our New Translation — and in Light of What Faces Us Today

What We Face in the World Situation When we met in Convention two years ago, Donald Trump was [...]
Read More

The Five Lives of Raya Dunayevskaya: Sources of Intersectional Marxism

The history of women thinkers is marked by enforced obsolescence, especially once male counterparts start working in the [...]
Read More

Marx at the Margins: On Nationalism, Ethnicity, and Non-Western Societies, Expanded Edition

[Published] Woman, Life, Freedom: The Origins of the Uprising in Iran

In March, 1979, urban Iranian women and girls and their male supporters took part in a week of [...]
Read More

The new translation into Tamil of Marx at the Margins

The new translation into Tamil of Marx at the Margins is now available. Tamil Nadu, India: New Century [...]
Read More

Portuguese (Brazil) edition of Marx at the Margins

Sociologist and historian are named 2019 Fellows of the American Council of Learned Societies By Jim Logan Thursday, [...]
Read More