Kevin B. Anderson grew up in the New York-New Jersey metropolitan area and attended Trinity College, Hartford, during which time he became active in the social justice movements of the late 1960s. In the 1970s, he became a Marxist-Humanist and a scholar-activist, receiving a PhD in Sociology from City University of New York Graduate Center in 1983. He lived in the Chicago area for 25 years, during which time he taught at Northern Illinois and Purdue Universities and served as Literary Agent for the Estate of Raya Dunayevskaya.

Since 2009, he has been teaching in the Sociology Department at University of California, Santa Barbara, with affiliations to the Departments of Political Science, Feminist Studies, and Global Studies. Since 2009, he has also been active in social justice movements in the Los Angeles area, where he works with the International Marxist-Humanist Organization. He has held fellowships and grants from the American Council of Learned Societies and the National Endowment for the Humanities, among others. His authored books include Marx at the Margins: On Nationalism, Ethnicity, and Non-Western Societies (University of Chicago Press, 2010/2016-also French-Japanese-Turkish-Persian-Arabic), Foucault and the Iranian Revolution: Gender and the Seductions of Islamism (with Janet Afary, University of Chicago Press, 2005- also Turkish-Portuguese), and Lenin, Hegel, and Western Marxism (University of Illinois Press, 1995- also Chinese-Turkish-Japanese).

Among his edited books are The Power of Negativity: Selected Writings on the Dialectic in Hegel and Marx by Raya Dunayevskaya (with Peter Hudis, Lexington, 2001- also German-Spanish), Karl Marx (with Bertell Ollman, Ashgate, 2012), The Rosa Luxemburg Reader (with P. Hudis, 2004-also Persian-Turkish), Erich Fromm and Critical Criminology (with Richard Quinney, University of Illinois Press, 2000), and The Dunayevskaya-Marcuse-Fromm Correspondence (with Russell Rockwell, Lexington, 2012).

His articles in English on the above topics and on political and social issues in Europe, Africa, and the Middle East have appeared in journals such as Sociological Theory, Sociological Quarterly, Historical Materialism, Jacobin, the International Marxist-Humanist, LA Progressive, New Politics, Justice Quarterly, Crime & Delinquency, Rethinking Marxism, Logos: A Journal of Modern Society & Culture, Socialism and Democracy, Review of Radical Political Economics, and Economic & Political Weekly. 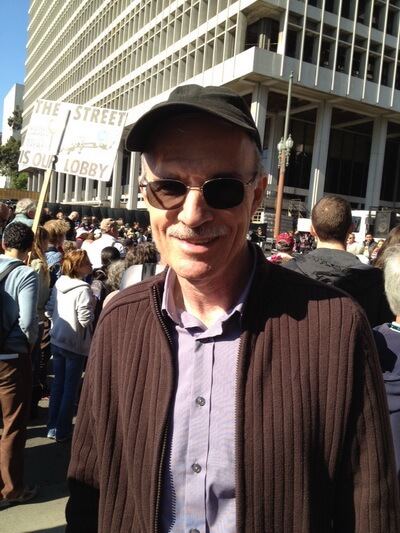